I think we need to put the politics on "pause," as we sort out what took place in Orlando, FL this past Sunday. Whatever your background, this act of "hate raged" violence should be condemned for precisely what it is; premeditated murder.  In virtually every civilized culture in the world, and illuminated in the 10 commandments themselves, the act of Murder, the premeditated taking of an innocent life, is absolutely forbidden.  The poor rendering of the Hebrew verb רצח as "kill" in some English scripture misses the true understanding of the 6th commandment. This Hebrew word has a wider range of meanings, generally describing a destructive activity, including "to break, to dash to pieces" as well as "to slay, kill, murder".  This word "רצח" used in the 6th commandment is NEVER used in the context of a justified war, self protection from harm or even for dealing with what we call "capital offenses." 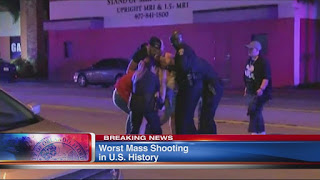 For several years I worked in emergency management for a law enforcement agency in South Carolina.  In that capacity I went through extensive training in understanding mass shooting and mass casualty events. Most people cannot even begin to fathom all that is taking place in the background, as the crime scene is analyzed, motives researched, and families notified.  I can only imagine the eerie scene inside of the Pulse Club in Orlando as investigators, medical examiners and other public safety personnel sort through and document the scene.   In such a tragedy as this protocol would require that the bodies remain in place during this important phase of the investigation.  If you've never experienced the "smell of death" it's impossible to describe, but trust me, it is horrific and unforgettable.  There, in a night club that hours before was alive with loud music, strobe lights and party goers has now become dead silent, with that silence only broken by the heartbreaking sound of ringing cell phones on those bodies, with calls from loved ones, family and friends hoping those individuals are okay.  Sadly, those calls will never be answered.  I can only imagine the psychological trauma many of those workers will endure, maybe even for a lifetime.   For some of those investigators, their lives might be forever changed and negatively impacted. 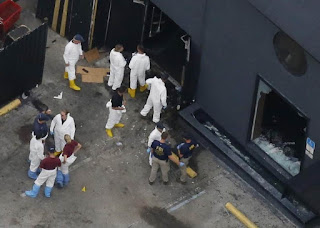 Investigators at the scene of the mass shooting in Orlando

In the immediate hours after this Satanic attack, and yes it is satanic--regardless of who you perceive the victims to be, politicians and activist groups ran to the TV cameras to "cash in" on this crisis. Guests on many of the media outlets grasped at straws offering only pure (and inaccurate) speculation.   One Network had a guest claiming the perpetrator(s) had to be some type of "White Supremacist group, and/or Homophobic Trump supporter(s)."  Obviously that was not the case. Others tried to use this event to judge homosexual activity by making stupid statements like "they got what's coming to them."  I've got news for you, intoxicated homosexuals dancing at a bar in Orlando are just as much "sinners" in the eyes of an almighty God as a group of bickering and dysfunctional church people complaining about how people dress, noisy children in church, the Pastor's sermon or engaging in gossip.

Others groups "seized the moment" by using it for a gun control platform, when the reality is this individual had high security clearances where virtually all the laws proposed by gun control advocates would not have made a difference.   I'm sure other groups will also "sleaze the moment" in the days ahead for their pet cause. 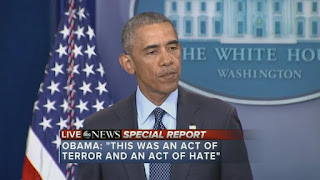 The truth is there are many dynamics and details yet to emerge.   Increasingly there is a potential link to middle east fostered terrorism, and a possible failure of government authorities to use existing laws and policies in vetting out such a potential threat.  If it is radical (which some call "pure") Islam, then we are facing the same scourge the caused the events of 9/11/2001.  Having worked for several years in Public Safety I can assure you (regardless of what some might say) that this is still a very real and present threat, far greater than most Americans will ever believe. 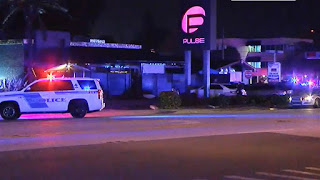 For now, let the investigators and public safety personnel do their beleaguered, difficult and unappreciated tasks, and sincerely pray for those workers.  If you have never been in their shoes, you cannot even begin to comprehend what they are now going though right now.

Avoid every new whim of speculation, and wait until the families have had time to at least bury their dead, and don't be an armchair quarterback on how investigators are doing their work.  We have seen enough misinformation and politics in just the first hours to last a lifetime.  Don't believe everything you see on Facebook™ or see on the 24/7 news channels.  For now, instead of being "reactive," be "proactive" and be patient for God's wisdom in this situation.  Perhaps start with this prayer:

O GOD, merciful and compassionate, who art ever ready to hear the prayers of those who put their trust in thee; Graciously hearken to us who call upon thee, and grant us thy help in this our time of need.  For God, You are the fountain of all wisdom, who knows our necessities before we ask, and our ignorance in asking; We beseech thee to have compassion upon our infirmities; and those things which for our unworthiness we dare not, and for our blindness we cannot ask, vouchsafe to give us, for the worthiness of thy Son Jesus Christ our Lord. Amen.